Daniel is in the process of building his brand new investment home at Edmondson Park. He now shares his experience and thoughts on the process to date. The good, the bad and the ugly.

Why you should join myBuildcompare

If you have forgotten your password you can reset it here.

We interviewed Daniel about his current build at Edmondson Park. Daniel works in the world of finance so he knows a thing or two about money and investing. We get the inside tips of investing in new home builds and find out his story.

Q. What made you decide to buy and tell us a little bit of the process?

A: It was the year 2015 and I was in the market of buying an investment property. The idea of building a new home appealed to me from a cash flow perspective (as the land was unregistered which meant settlement was delayed for some time). I also knew that there was going to be some significant tax benefits for me once the house was built and rented (in the form of depreciation). At that time, Sydney house prices had already had a decent run and I was a bit skeptical as to how much value was actually left. In fact, I was "umming and ahhing" as to whether I should proceed or not. The prices were as high as $1,100 per m2!! It was absolutely crazy but looking back, it was still cheap in the scheme of things - compared to the prices now!

Aside from the good fundamentals of the new estate (future town centre, new schools (primary and secondary), new train station and easy access to M5 and M7), the sheer volume of interest in the new estate was overwhelming. The developer (UrbanGrowth NSW) had a priority number system which was on a first in first served basis. Depending on how quickly you clicked on a link, you would then be allocated a priority number. I still remember getting number "58" and there was only 55 lots for sale in that release. I didn't like my chances but I decided to rock up anyways to see what all the hype was about.

I arrived at my allocated time and boy was the sales office packed. There must have been over 300+ people waiting there. The sales person said that they had over 1000 clicks on the website for a priority number. Getting 58 seemed pretty good - even though there was no guarantee.

As the priority numbers approached 50, the lots available slowly diminished on the sale board with only a handful of lots left which did not have a "sold" sticker on them.  What I soon realized though was that my chances of picking up a lot (even though it would probably be a lot no one else wanted) was growing ever so slightly. Each time the sales person called out a number and no one had claimed it, the little person inside me was "YESSS!!! *fist pump*. A bit like the picture below. 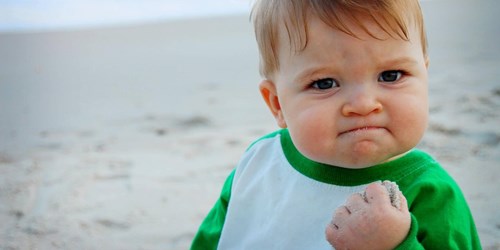 Slowly but surely, I was getting closer to getting a lot.

I must admit, the sales staff were brutal. There was no mercy for the late. I recall one couple arriving the same time that I did but must have not heard their number being called out. As the sales staff progressed to the following number the couple approached the sales staff saying that they had missed their number. The sales staff simply said "No, it is too late." Not even a single "sorry" was given. Yeah, it was their own fault but you couldn't help feeling sorry for the guys. In saying this,  another one had bit the dust *fist pump again*.

After an excruciating 3 hours, they called up "58".  With only 3 blocks left, I did it. I got the chance to buy a block.

Q. What type of block did you end up buying?

A: The block of land was only 250m2 and the cost was $270,000. I didn't even know they could build houses on such a small block. I called up my brother who works as a lawyer and asked for some free legal advice. He has a lot of builder clients which was handy. After a quick call, I had the green light to go ahead. I paid the $300.00 administration fee and the rest is history.

Registration of the land took 15 months which was a little longer than expected but it worked out well for me. During this time, Sydney house prices kept sky rocketing. By the time I settled the land, my bank had valued the land to be worth $320,000. An instant $50,000 in equity. Kaching! Winning.

Here is a picture of my block. Doesn't look like much for a quarter of a million dollars - but I am grateful that I got one. If you look closely, it is the tiny one in the middle between those 2 fence posts. 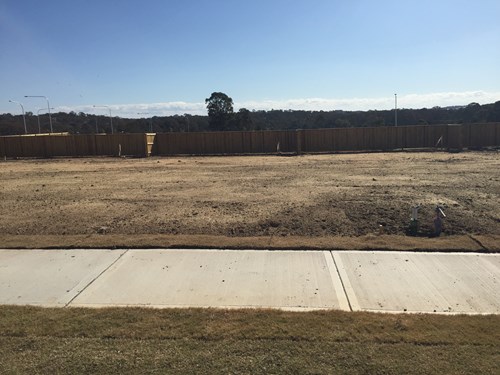 Q. What sort of design did you end up doing?

Below is the floor plan for the house. It was a custom design as the block was so small. This was the biggest hurdle in trying to maximise the use of the land. 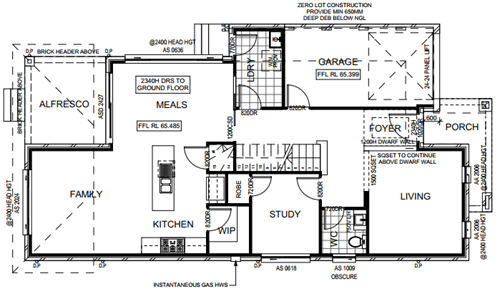 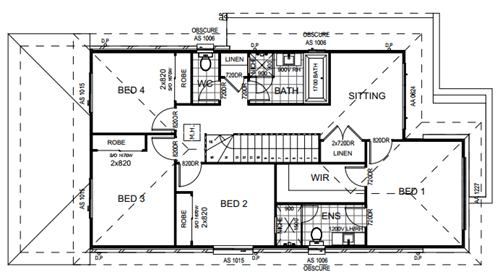 There are 4 bedrooms upstairs including a sitting area. Another bedroom/study downstairs with a separate sitting room as you enter the house. The "feng shei" was not the best as the chi could enter the front door and exit the back, so I had to introduce a sliding door near the garage to keep all the good chi in the house. By all means, I am no expert in feng shei but this was recommended by my mum, so I did it.

The backyard is tiny but who needs a backyard when you are surrounding by facilities and parks?

Q. How long was the build process?

The house has been in construction for a little over 6 months (which included the "shutdown" period over Christmas) so we are not going too bad on time. The builder has told me that we are on the home stretch and the house should be complete in the next few weeks. Once complete, I am going to rent the house out. As I had mentioned briefly, one of the best deductions (besides negative gearing) is depreciation. If you are an investor who has just built a new home, you should get a depreciation report for the property. The cost of $500 for the report will save you thousands and thousands in deductions and tax.

Here are some pictures of the build process which you may like. 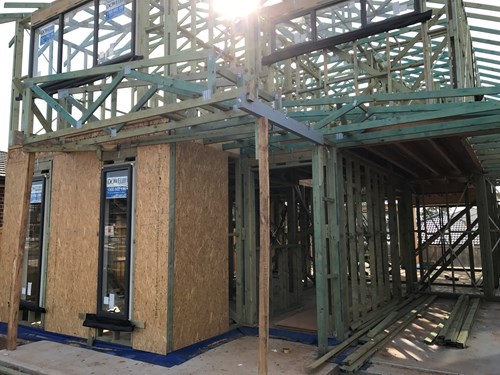 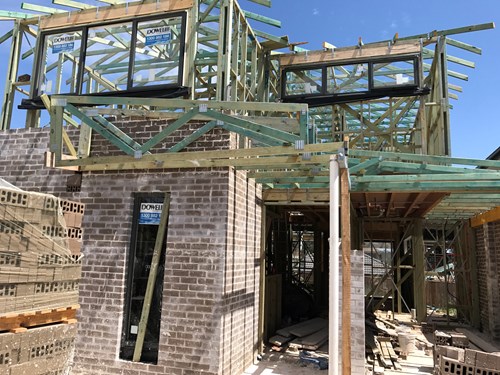 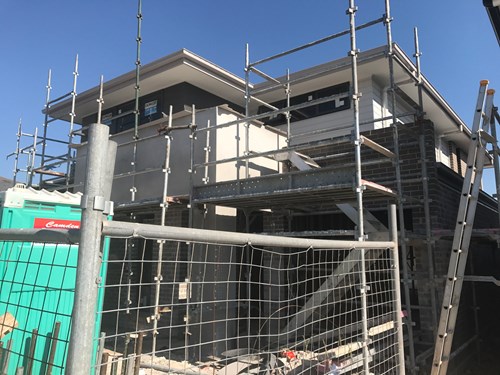 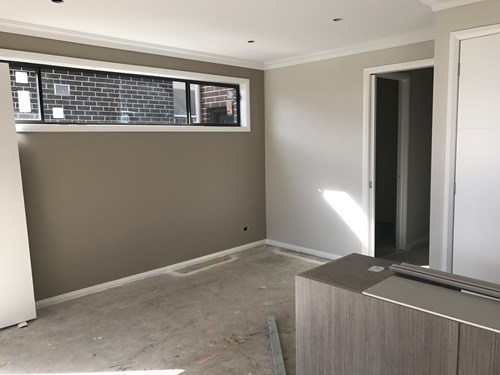 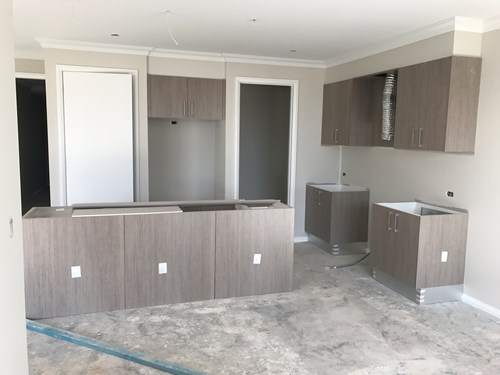 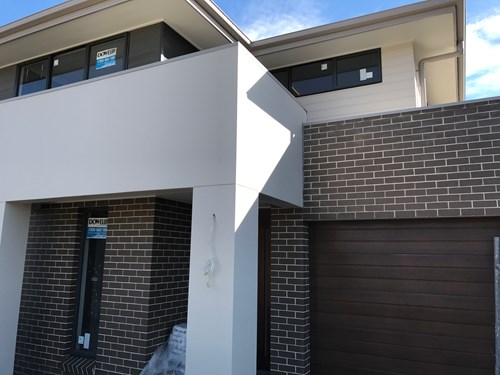 Q. So let's talk about the financials. What were the numbers?

Have you recently started building your new home? We want to hear from you! Share your story with us.