When is the best time to start building my new home?

The best time is right now! If your finances are in order and you are ready to go, then there is no point waiting. Why? Well it’s simple.

Why you should join myBuildcompare

If you have forgotten your password you can reset it here.

The best time is right now! If your finances are in order and you are ready to go, then there is no point waiting.

From a financial perspective, you probably would have already settled on the purchase of your land. This means that you are paying interest on the mortgage for the land from the day of settlement. To wait for the perfect timing will cost you money. You would want to start building as soon as physically possible regardless of season or weather. Also, unless you have the support of family during this time, you would also, more than likely be renting during the build process which is another additional cost on top of your mortgage. The cost of the mortgage and renting is at its highest in the final stages of the build (as you are paying for the land and almost the full cost of the build plus rent) and this can be tough, so its important to start and finish as soon as possible. In saying this, you don’t want the house to take one month to build or in the other extreme, over a year.

Although the timing of the build will depend on a lot of different factors such as design and complexity. The average period to build a “standard” single storey is 4 to 6 months and a double storey 6 to 8 months. Any longer than the above, then I would definitely be questioning this with the builder. Remember, the longer the builder takes, the more money it will be costing you. Some builders have conditions in their building contract that provide you with “liquidated damages” for a build that is over the “contract period”. However, this is often a nominal amount and no where near what you are paying in terms of rent or mortgage. Some builders only offer a $1.00 per working day they are late! That is only $5 a week. Also, I have seen some builders note the “contract period” as... for example 180 working days. This is very deceiving as it looks like approximately 6 months at first glance but in fact, the reference to “working days” means that the time period equates to 36 weeks and approximately 9 months. Tricky!! So keep an eye out for this in your building contract.

If your land is not registered yet, then you will have the benefit of finalising your electrical layout, colour selections and last minute upgrades. Check out our article on “Variations worth varying”. Use this time wisely, as you want to hit the ground running as soon as you settle on the land. This will avoid you delaying your own build.

In terms of weather, some people try to line up the build with the seasonal periods during the year. Ideally, you would want to start early in the year just after the Builder Christmas close down period so you have the best chance of moving in before Christmas in the same year. Although the timing of the build will depend on a lot of different things, the biggest culprits are weather and availability of trades. Unfortunately, both are outside of your control. This is why you should endeavor to start early in the year to avoid any disappointment if there are delays beyond your control and the control of the builder.

With weather in mind, the best times to start building is mid Summer, Autumn or early Spring. Winter generally brings rain and can be difficult to get the foundations, slab and framing done which unfortunately, will delay everything else. The fact is, once the house is at “close up/lock up” stage, it can rain as much as it likes as it won’t delay the progression of your build inside but this will mean that the main external stages are completed before the rain hits.

Get in touch with us and let us know how long your build took. Share your story so others can learn from you!

What stamp duty concessions and exemptions are available for new homes in NSW?

Are you a first home buyer or an investor looking to invest in NSW? You could be eligible for an exemption, concession or grant on your stamp duty when buying or building a new home. Find out more here.

Read More
What is involved in the construction process?

You are building your new home from the ground up but understanding the construction process may be a bit confusing. Knowing what will happen at each stage of building a new home will ease some of the stress.

Read More
11 Questions you should always ask your Builder!

If you have never built a new home before you should not be shy to ask your builder lots of questions. If you don’t ask you will never know and you may regret it later. We have compiled a short list of some fundamental questions you should always ask your builder before signing the building contract. 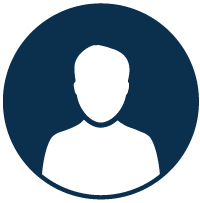